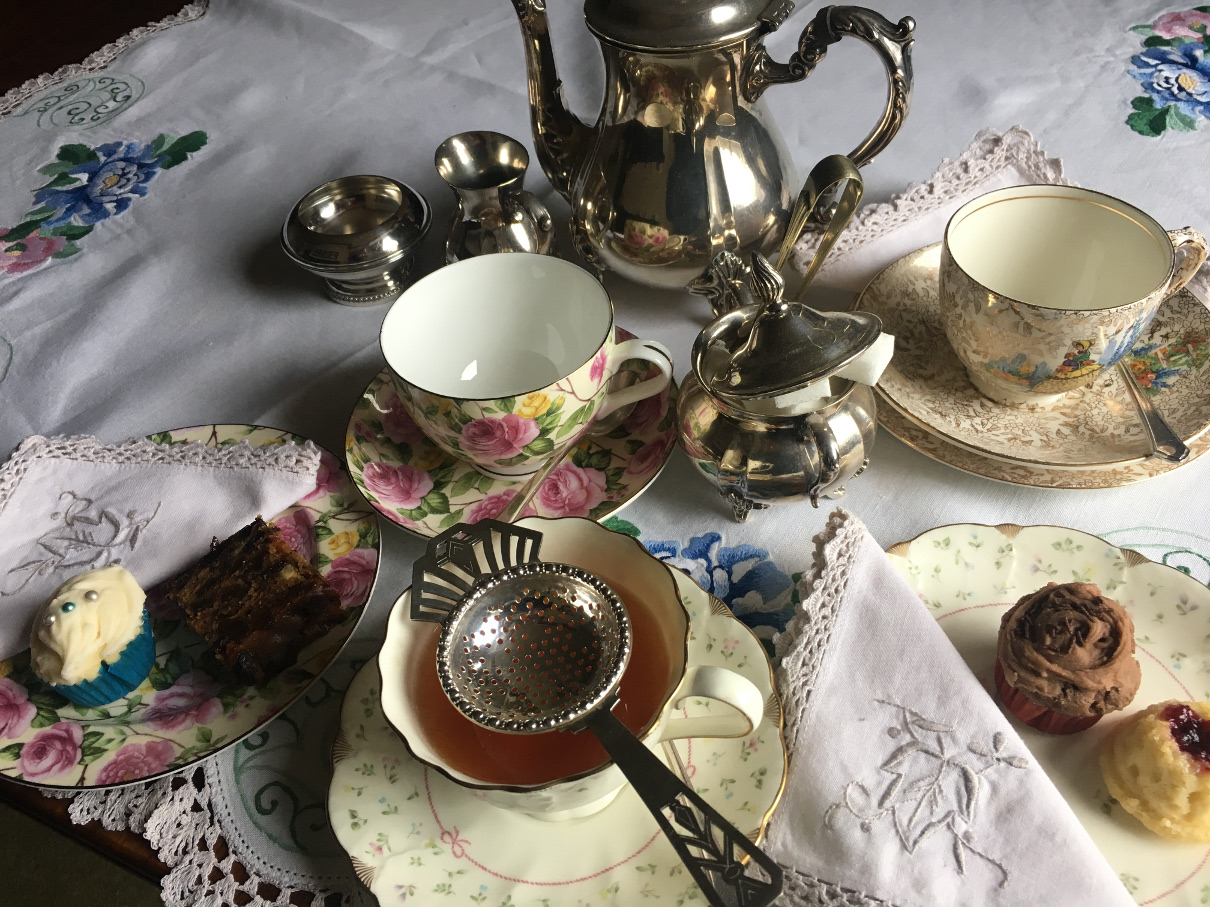 Since being at Penghana, we’ve found there is much interest about the house on the hill. So we’ve come up with the idea of introducing afternoon teas to provide opportunities for locals and their guests to come to Penghana. As a result “La De Dah Afternoon Tea” has been born!

La De Dah Afternoon Teas are now available at Penghana between April and November so as not to infringe upon Penghana’s core Bed and Breakfast business during its peak operating season.

You can book one of three options: Devonshire Tea, Traditional Afternoon Tea OR High Tea – all at different price points so no one feels excluded from enjoying the experience.

Served in the main dining room guests the feature of their table is vintage china, silverware, linen napkins and leaf tea strained served with silver tea strainers. No tea bags in sight.

When researching the history of “afternoon tea”. This is what we found:

Afternoon tea was initially developed in the late 1830’s as private social event for ladies who climbed the echelons of society.

Anne, Duchess of Bedford one of Queen Victoria’s ladies in waiting, is attributed for its invention.

Afternoon tea was typically served on low couches and drawing room style chairs and whilst there were no set rules, it included heaps of tea (obviously), tiers of smart little crust-less sandwiches, curd, and 2-3 sweets. Scones and clotted cream have been included only since the 20th century.

High tea became an ‘afternoon meal’, served around 4 pm and eaten in high chairs at the dinner table, to stem the hunger resulting from the widening gap between lunch and supper or dinner (typically not served until at least 8 pm). High tea evolved with the amalgamation of afternoon tea and as the menu was meant to offer more substance, the addition of pigeon, veal, salmon and fruit was added.

Devonshire Tea started as early as 11th century in Tavistock Abbey in Devon. Today it is commonly served throughout the British Commonwealth. In Devon and Cornwall, it is also known as ‘Cream Tea’.

Recent Posts
Recent Comments
Archives
Meta
Welcome to the Blog
Welcome to our blog, where from time to time you will find some interesting snippets about Penghana

BOOK DIRECT AND SAVE! Penghana Bed and Breakfast offers free cancellation and rebooking to guests who book with us direct. Payment is taken 72 hours prior to check-in.
CONTACT US TO BOOK DIRECT

SIGN UP FOR OUR EMAIL NEWSLETTERNews and (gorgeous!) views from Queenstown in Tasmania's Western Wilderness
Copyright 2022 - All Rights Reserved -Penghana Bed and Breakfast